Great Wall Motors Sold Over 1.06 Million Vehicles to the World in 2019, Confirming Its Robust Progress in Global Development

Great Wall Motors has published the production and sales data of December 2019 recently and 106,008vehicles have been sold in the month. With this, the global sales of GWM in 2019 has exceeds 1.06 million vehicles with a year-on-year increase in accumulative new vehicle sales by 0.69% to 1.060,298 vehicles. Itis the fourth continuous year that an over-million sales is made!

In 2019, GWM made strong and steady progress in its globalized development. The sales of HAVAL, WEY, ORA, and Great Wall Pickup have been reached 769,454, 100,043, 38,865 and 148,830 respectively. HAVALharvests its 10th continuous championship of annual sales in the SUV market in China; WEY becomes the first Chinese luxury brand to achieve the sales volume of 300,000 vehicles; ORA R1, the most popular model of the ORA family, increases the fastest in the A00 segment market of new energy vehicle; GreatWall Pickup keeps holding its position of the best sales in 22 continuous years.

In 2019, on the basis of enriching the product matrix, GWM kept enhancing its advantages in brand creation and scientific and technological R&D. It focused on building a stronger competitiveness in the global market by continuously promoting its globalization strategy. In 2019, the new vehicle sales volume of GWM in overseas market reached 65,175, witnessing a great increase by 38.68%. GWM is planning further expansion and development with its global vision in 2020. It will start a journal in the course of globalization.

Despite of the "intensive competitions and challenges" in SUV market in China, HAVAL, a benchmark in the market, ranked the first with its remarkable sales of 769,454 vehicles in 2019. It is the 10th continuous year that HAVAL is honored as the sales champion of Chinese SUV. Up to now, the accumulative sales of HAVAL all over the world has been approaching 5.80 million vehicles. 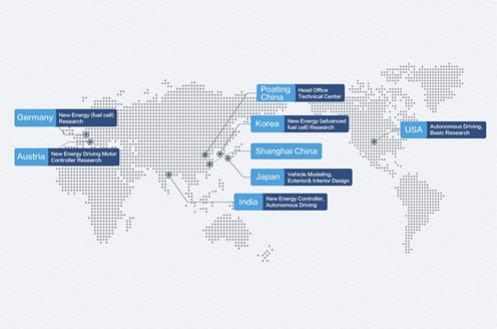 In 2019, "going global" is the concept of development shared by all Chinese automobile manufacturers. As one of the first Chinese auto makers "going global", GWM, depending on its prospective strategy and deployment, is making its way out in the global market. So far, GWM has set up overseas R&D centers inJapan, U.S., Germany, India, Austria and South Korea in succession. A R&D layout headquartered in Baoding and covering "seven countries and ten regions" in Europe, Asia, and North America has been constructed and independent R&D teams with international qualification, consisting of the world's top automobile engineers, designers, and IT experts, has been established.

As to production, GWM is perfecting its "9+5" global production layout. In China, within the "gold triangle" of the three major automobile manufacturing regions of North China, East China and South China, the eight all-process manufacturing bases at Baoding, Xushui, Tianjin, Chongqing Yongchuan, Pinghu, Taizhou, Rizhao and Zhangjiagang will cover up the whole domestic market and became the strong backup for GWM's globalization. In the view of the world, the Tula Plant in Russia is definitely the bridge tower through which GWM will march into the European market. Together with KD plants in Ecuador, Malaysia, and Tunisia, it constructs a solid foundation and support for the development of GWM in overseas market. 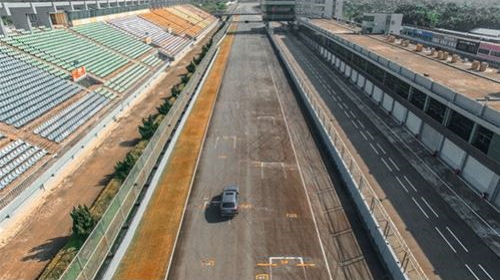 In 2019, GWM achieved phased accomplishments in the global market. GWM products has been approved in central and eastern European market. With a super high year-on-year increase of 458%, GWM ranked the first among all Chinese automobile manufacturers for its sales in Russia. In Asia-Pacific region, GWM has fully taken over the two major markets of Australia and New Zealand. GWM is also the No.1 Chinese brand for its excellent sales volume in the market of South Africa.

In 2019, although the competition of Chinese automobile market is shifting frosuffered the transition from increase to inventory, GWM still presented the industry a fruitful accomplishment of an over-million sales volume and confirmed its identification of an "ever-lasting power". This is the success of GWM's continuous transformation and deployment, the harvest from the struggling endeavors of the "industrialization, information technology, urbanization and agricultural modernization" and also the approval to GWM for practicing its globalization strategy.

Please note that we use cookies to offer you a better user experience, analyse site traffic, and better serve advertising. By continuing to use this website, you consent to the use of cookies in accordance with our Terms & Conditions